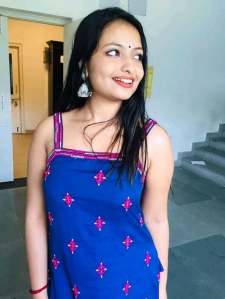 
Our mornings and evenings have succumbed to nothingness as we lost the sense of time for 3 fortnights now. When I think of the world, it pains. It pains to realise that our lives await to be engulfed by the realm of death, it isn’t a new found realisation though. But this time it is more pronounced than it ever was. It is our days of Covid 19 pandemic. Our lives are sliding away from our grasps just the way the sand slowly slides in an hour glass.

When I sit back and think about life, a decade after, I realise that those of us ( I hope and pray all of us), who would survive this catastrophe, would carry different sets of memory of these pandemic days. Some shall look back and remember today’s time, when they lost their livelihoods. Many others shall look back and reminiscent the last days with their parents. And most of us shall have the memory of a long quarantine period, where we could not get out for days and months. We shall never forget the trauma of an everyday uncertainty, we had faced during the pandemic days. But the doctors and other health officials shall always remember these days, when they saved millions of lives and watched million others die.

Doctors have been a favourite subject for us to talk about. We have opinions about how doctors are the living God’s who save lives, some of us also opine that Doctors are losing respect in the society because they have turned down a nobel profession into any other random job, where in exchange of money, service is provided. Greater the money, better the service. I am not denying that some doctors are indeed not worthy enough of the respect they have garnered through their profession. But we have black sheep in every space, every profesion. What shall be the greater take away for us then? I don’t know about yours, but mine is…..

Back in the school days, I with my parents and younger brother, lived in Chattisgarh. We were friends with a Bengali doctor couple. They visited our homes with two of their little kids almost every Saturday night. We did the same. I fondly used to call him ‘doctor uncle’ and I still do. He is a funny, jubilant and a happy go lucky person with whom one can converse for hours without an eye’s blink. I remember him for the delicacies he cooked us while experimenting in the field of culinary arts, I also remember him for every Holi and Diwali we celebrated together. But I remember him the most for being an ideal doctor in my eyes.

It was India’s Cricket world cup final against Srilanka. The year was 2011. As planned a week ago, both the families sat together in their house to watch the finale match. The most excited of all, was doctor uncle. He was really passionate about cricket. Dinner was already cooked by aunty, and the whole house filled with laughter and joy. My father and uncle both were engrossed with the match, I occasionally watched, and played around with the children.

All of a sudden there was a knock at the door. A man wearing a shabby shirt, had come looking for ‘Doctor Sahab’. He said his 3 year old son had swallowed a coin and, as doctor uncle is an ENT specialist, a micro surgeon; he came to seek his help to save his son’s life, who was just admitted in the company’s hospital. The company where both my father and doctor uncle worked in. Doctor uncle was on leave that date and there were other doctors for the duties. The match was still on, India had already started batting and Sehwag got out after playing 2 balls and the Tendulkar and Gambhir were on the pitch. The match had swiftly started to pace up after Gambhir’s entry and even I, who wasn’t a cricket lover then, was glued to the screen. Amidst all the tension of the match, Doctor uncle went out with the man, to treat the little girl.

He was back again with us when Kohli was playing his 3rd over. He informed us that some other doctor was treating the girl. By then the match was getting more and more intense with each passing second. We were chasing Srilanka for 274 runs, we still hadn’t touched 100 then, and it was nerve wrecking to think of India’s fate in the match. Gambhir was at his best that day. Soon after Kohli got out, it was our Dhoni on the ground.

That was India’s one chance to be victorious once more, after long 28 years; no Indian could miss the match for anything. And cricket lovers!, I am sure they could have even watched the entire match standing on one foot. I notice Doctor uncle again looking for his car keys, he said he was unsure about that girl at the hospital. Although there were doctors and she was totally under medical care, uncle still was disturbed to have left the girl back. He did take out the coin himself from her throat, but he still felt uneasy and hesitant to chill and watch the match. We asked him to check on the girl after the match ends, as it was just a few overs to finish the match. He didn’t pay any heed to us and said he shall be back soon. I watch him slamming the main door while he walks towards his maroon car, which I could see from their hall room window. I don’t remember whether he was back for Dhoni’s magical six, his winning six.

I just remember him missing the Cricket match and going away twice for his love for the profession, his responsibility towards his patients and most importantly, his humanity in the heart.

Our associations or attachments with situations howsoever common it might seem, are actually different, sometimes remotely different from the larger theme events. Global incidents like Covid 19 Pandemic and India’s 2011 world cup final, although humongous in stature, and touching lives of too many Indians in similar ways, yet resemble differences of their own kinds.

For India, that evening was a victory, it was my victory too, but mine was of the belief that, ‘good men still run this world’.